Description: In the UK spatially referenced address information created by local councils is increasing in commercial value but how will the Ordnance Survey or the Royal Mail be able to compete with Google?

Address Data in the UK

In the UK spatially referenced address information created by local councils is increasing in commercial value but how will the Ordnance Survey or the Royal Mail be able to compete with Google? 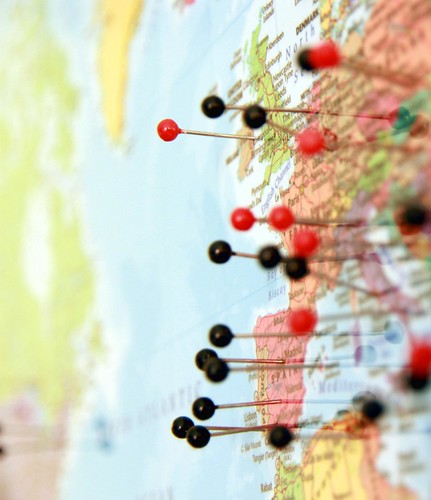 There two pieces of legislation in the UK which makes it a statutory duty for the local authority to name its roads and allocate names or numbers to its properties this was to help emergency services locate individual properties.  (The Public Health Act and the Town Improvement Clauses Act)

Every council in England and Wales had a street naming and numbering role whose duty it was to allocate names, numbers and street names for new and existing properties.

Along came the information age and the need for a national database of address information became apparent.  Local Councils had to create a database, LLPG, of address information for their areas which had to conform to strict data conventions.  Each property had to be allocated a UPRN Unique Property Reference Number and a set of spatial coordinates amongst other things.

All local authorities must send updates to their LLPG to the NLPG which is overseen by a Limited Company called GEOPlace who acts as an intermediary between the Local Government Association and the Ordnance Survey.  The Local Council benefits by having a gazetteer which enables its IT systems to link records by property information and through the PSMA (public sector mapping agreement), which grants free of charge access to the Ordnance Surveys mapping products.

The NLPG is compiled by the Ordnance Survey and is sold commercially as AddressBase® which includes a dataset called PAF.

PAF is a dataset compiled by the Royal Mail and consists of Postcodes and addresses of properties capable of having post delivered and it is indexed by a UDPRN (Unique Delivery Point Reference Number).

PAF is sold commercially by the Royal Mail but lacks spatial data however over the past few years Royal Mail workers have been seen logging the spatial coordinates of delivery points on GPS devices.  The inclusion of spatial data will boost the commercial value of PAF as a standalone product which could compete with AddressBase®.

Turn off the GPS on your smart phone or tablet and switch to Google Maps, Google still knows where you are, but how?

The smart device is not so good at determining address information so how could Google resolve this?

The Street View project has captured images of Street Names and House Name and Numbers for several years now but computers are not great at recognising images of text or numbers especially if hand painted in fancy Elizabethan script.

reCAPTCHA is a human verification service that is used over 30 million times a day, its logic is to display two numbers, the answer to one is known and the other is an unknown image of a word taken from a scan of a book.  If the user gets the known result correct then the chances are that the user will enter the correct word for the unknown image. 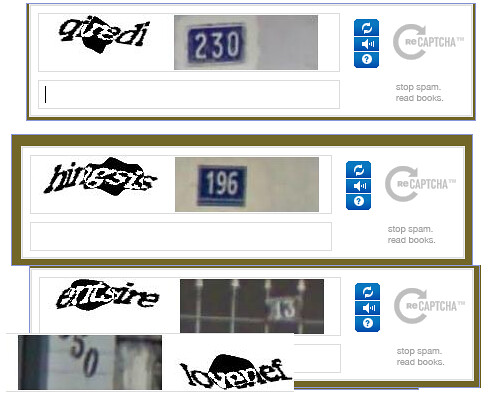 reCAPTCHA has helped Google to digitise whole libraries of books but now users have noticed that it is not just books that Google wants to capture it is also street numbers taken from Street View.

Once Google cracks this they will hold the holy grail of address information, they will know where you live and work, be able to track your movements and habits.

Will Google be responsible with this knowledge?  Will they offer it freely as a geocoding service which will liberate the development of address based services and applications or will they sell it commercially for advertisers to pinpoint their demographic with laser guided accuracy?